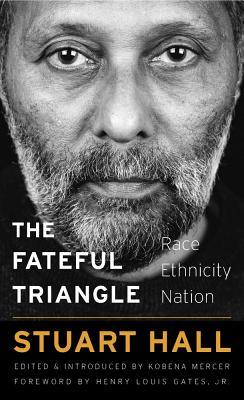 “all human beings are born free and equal in dignity and rights,”

“distinction of any kind, such as race, colour, sex, language, religion, political or other opinion, national or social origin, property, birth or other status.”

The increasing visibility of white supremacy and nationalism in Western countries over the past few years has been a disturbing reminder of how aspirational rather than descriptive these declarations are.

Hall uses a discursive method of deconstruction to show how conceptions of race, ethnicity, and nation can be broken down to signify difference, reinforcing a narrative of “us” versus “them.”

The first lecture recalls Du Bois’s establishment of race as a social rather than biological concept and grapples with its prevalence in human history. Through a clear discussion on the complex role of language in constructing difference, he argues that “race is a discourse”(Hall pg.45) that makes possible a certain “chain of equivalences” (Hall pg.63) between physical differences and social differences.

The second lecture examines how the word “ethnicity” is used differently from “race,” but notes that both behave as “sliding signifiers”—that is, the characteristics they each encompass slide to signify who the “us” and the “them” are.

The final lecture on “nation” examines the crisis of identity that nations have experienced and continue to experience as a result of globalization and worldwide migration. Nations establish a collective identity that is often “constructed across difference and through difference”(Hall pg.139), and attempt to make the political and cultural congruent.

The strength of Hall’s insight is his ability to clarify terms that are often difficult to define and that permeate current political debates. In an increasingly globalized world where identity is often a cause for conflict, Hall’s explication of how society’s discursive use and understanding of race, ethnicity, and nation can inadvertently perpetuate systems of inequality has never been more critical.

Secondary Reading – Know your rights and the rights of Others.

Worth the read:  Here is a link to the download.