Barbara Cassin is a French Philosopher and philologist. In the article The power of bilingualism: Interview with Barbara Cassin, French philosopher and philologist (found on e-flux conversations), Cassin is interviewed on the benefits of multilingualism. The interview, though explicitly about language, makes several parallels to art making, and processes of understanding contemporary art. 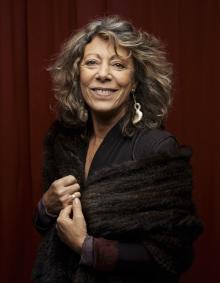 The interview opens with Cassin expounding on the significance of vocabulary density in certain languages. She makes the comparison of the word “snow” in the Inuit language. While having only one noun for this word in the English language, “snow” has multiple ways to be expressed, depending in its quality, environment, or other factors.

Cassin continues by explaining that a language cannot be defined simply by the number of words found in it’s formal vocabulary. Grammatical structure, cultural, social, and even traditional religious factors has an impact on its nature. This structural and fundamental difference in languages can only be given proper context and comparison when an individual has a knowledge of a language not native to them.

So the question now arises.. is art in itself a language? The oxford dictionary defines the word language as “The method of human communication, either spoken or written”. For thousands of years art has been a way to tell stories, express emotion, political views, etc, all forms of communication from one human, to another. Indeed, in art there are certainly many ways to express any idea, word, or feeling. For many, art is something that must be learned. One must learn how to effectively express themselves by mastering principles such as form and color. Similar to learning any language, the artist must learn to understand and effectively communicate through its syntax, to have an intimate knowledge of its embedded cultural influences. individuals then begin to speak many dialects within the language of art. It can become a global language with local ways of speaking. This proficiency in the language of art should be a goal for every artist. A goal in which to be artistically bilingual.